The Value of Caring in Changing the System 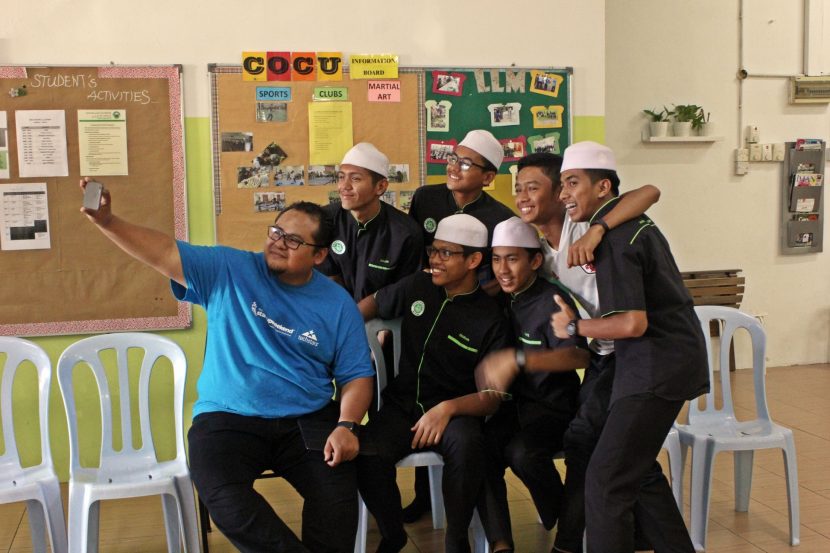 In 2015, I was approached by the Board of Directors to do something with our newly established secondary school. The BOD didn’t want the school to be just another school. Not only designing the school to accommodate the Khalifah Method that our late Prof Muhammad Al’Mahdi Jenkins left as his legacy but also to make the school responding to the crisis our education system deals with.

I met thousands of students in many different types of school. From the high-performance schools to the school where students are in all sorts of trouble… drugs, discipline, prostitution, you name it. I observed what works and what doesn’t. I have some ideas what the students like, and what they hate most. The biggest worry I had from the long observation is that school and learning are boring, students have no motivation to succeed, while those who are excellent are still lacking some , or what we commonly refer as ‘the common sense’. The thinking.

I believe in progressive learning.

I came from the background of a highly structured and prescribed mandated education system, traditional that involved a lot or memorisation and routine. I suffered from my lack of interest after fighting hard to gain access to it. I always believe that something must change, and students with all the facilities we have now, should not suffer what I went through.

I remember what Nel Noddings wrote in her book. She expressed exactly what I had in my mind, and I am glad that I made my decision to work along the same approach as she suggested:

Schools should be responsive to teachers, too.

Some years ago, when I was a curriculum supervisor, I was asked to work as a “change agent” to convert a whole school system to one on progressive principles. This was the model that I, as a teacher and parent, preferred. But I was very uncomfortable in imposing my preference on all of the teachers agreed enthusiastically, and we got along beautifully. Others were obviously unhappy, and I reported this to the superintendent. “Let them leave!” he responded. He wanted a philosophically homogeneous staff—everyone on “the same page”—so that the progressive system he envisioned could be implemented effectively. We were to be a model progressive system.

Many, perhaps most, school systems operate this way. Because they do, we continue to experience swings of the pendulum. I preferred, even then, a  of supervision that would help all teachers to do their best work according to their own legitimate philosophy. I emphasize legitimate philosophy to acknowledge the fact that reasonable people can differ on important elements of educational philosophy but that any legitimate philosophy is well-considered, guided by a justifiable conception of the good, educationally defensible, and compatible with the principles of liberal democracy. Today, I feel even more strongly that this way of organizing our schools is a healthier, more practical way of working

Today, I feel even more strongly that this way of organizing our schools is a healthier, more practical way of working.

But if I really believe in a progressive approach, one that offers many choices for students on topics of study, ways of learning, and forms of assessing what has been learned, how can I abandon hosts of students to traditional methods? The most basic idea of relational caring is to respond to each individual in such a way that we establish and maintain caring relations. My particular philosophy of education is important to me, and I am committed to it for my own practice. But the living other is more important than any theory, and my theory must be subordinate to the caring relationship. This does not mean, of course, that I will stand aside quietly while others do highly questionable things to children. That would be a travesty of caring. Carers will not permit cruelty, sarcasm, ridicule, brainwashing, or gross incompetence of any sort. But traditional education at its best is not guilty of such malpractice. I will, of course, try to persuade uncommitted educators and, especially, new generations of teachers that the alternative presented in this book is worthy of serious consideration, but I do not want to perpetuate educational warfare and swings of the pendulum.

The living other is more important than any theory.

The living other is more important than any theory. This is a central idea in an ethic of care. It is pre-theoretical, rooted in natural caring. It is, however, often very hard for teachers to accept, because teacher education and educational research inculcate certain theories and modes of practice as the scientifically approved ways of doing things.

In the past few decades, for example, an idea called “constructivism” (which, for the most part, I endorse) has been influential in teaching. I have listened to teachers insist that they would never use drill and practice methods in their classrooms because children “learn best” when they “construct” their own knowledge, and drill is clearly proscribed by constructivism. What if children clearly need some drill? What if some children might even enjoy some routine practice? What if such a practice might move a class more quickly (through routinization) to a level of facility that would make deeper investigation more fruitful? The answer I frequently get to these questions is that these contrary practices could not possibly be either attractive to or useful for students. Children never need drill. No child enjoys routine practice. Routinization cannot possibly facilitate deeper investigation. “Constructivism says …” and so the child is sacrificed to the theory. This happens repeatedly with fashionable ideas in education—the most pernicious of which are products of dramatic swings of the pendulum. Too frequently we give up the good along with the worst of old practices.

The responsiveness that I am suggesting recognizes two great lines of educational thought. It cannot accommodate every innovative (or flaky!) idea that comes along. Indeed, compared to some other calls for increased responsiveness, my suggestion is modest. Within each of the two recognized movements, there will be disagreements and a need for further refinements. I can imagine, for example, several competing models of traditional schools and, certainly, of progressive schools. That is as it should be. Not only will each group be encouraged to improve itself, but the very existence of a vigorous alternative will be a constant goad to better practice. Traditional schools may become more humane and less authoritarian. Progressive schools may be reminded to avoid the mistakenly permissive practices that so worried John Dewey in his critique of the “new education” (Dewey, 1963). The two will not become identical; indeed, they may become more different, but they will learn from one another.

Traditional schools may become more humane and less authoritarian. Progressive schools may be reminded to avoid the mistakenly permissive practices that so worried John Dewey in his critique of the “new education” (Dewey, 1963).

← My 4th Erasmus in Schools Industry and Business in Criticising Education →