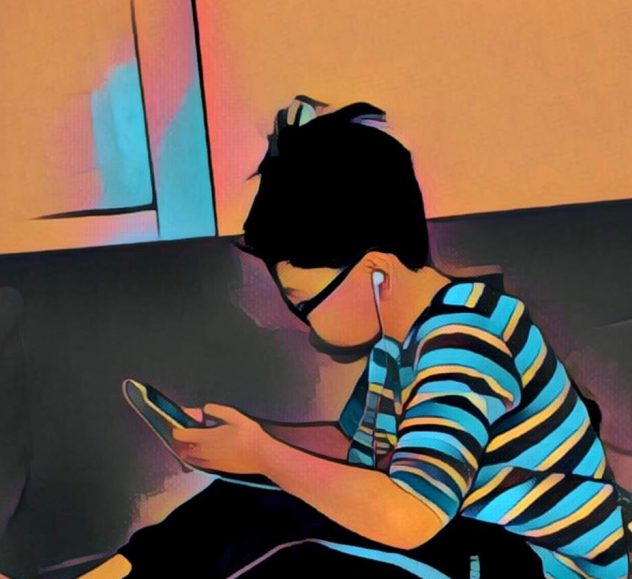 I have been using Screen Time Parental Control to monitor my children’s usage of smartphones for several months. Tensions occurred several times, kids gone mad at me for what I did. We talked about it. We discussed. Sometimes we disagreed, but so far Alhamdulillah most of the time we managed to agree on certain shared decisions which also helping me to become their good and responsible daddy.

I myself, also wrestle with my own effort to regulate my executive functions. ADD and ADHD are real, dealing with them at later age itself, is a struggle .

Long exposure to the screen and the usage of smartphones create a lot of trouble. They are good mannered kids. But there is a significant deficit in function. I am not an expert in this matter, so I share with you, what I read from several studies:

What does the conclusion say?

Instead of banning smartphones entirely, allowing periodic technology breaks during which students are allowed to use their smartphones may lower their anxiety and thus be more effective in helping students regulate smartphone use and overcome their FoMO (Rosen et al., 2013).

In a similar vein, Rosen, Cheever, and Carrier (2012) found that having a 1-min break for smartphone use after each 15-min study is effective in improving students’ attentional focus in classroom settings. Our study is not without caveats.

First, although we found that smartphone separation induces anxiety, we cannot precisely determine the locus of participants’ anxiety. For instance, it could be caused by either attachment to their smartphones (i.e., dependency) or fear of missing an exciting or interesting event that might be happening elsewhere (i.e., FoMO). Future research into the root locus of the mediating effect of anxiety between smartphone separation and impaired EF (Clayton et al., 2015; Przybylski et al., 2013), therefore, would be valuable.

Second, although we focused on an emotional factor (i.e., anxiety) as a primary mediator, it is possible that other factors, such as motivation or personal characteristics, mediate the effect of smartphone separation in various ways.

Third, one could question our decision to assess general state anxiety instead of anxiety specifically driven by smartphone separation. Although we acknowledge the assumed value of directly asking participants to indicate their level of anxiety caused by being separated from their smartphones, doing this shortly after the manipulation of smartphone separation could cause participants to feel self-conscious or suspicious of the experimenter’s intent which, in turn, could result in demand characteristics.

Since our study focused on college students, our findings may not be generalisable to younger children. Given the important implications of our findings, however, future studies should extend to younger children, who are growing up heavily exposed to smartphone devices. Moreover, since young children’s cognitive control system is thought to be less mature than adults’, it is critical that we determine whether these populations are more vulnerable to the adverse effects of smartphone overuse than adults.

Finally, our results shed light on only one of the potential emotional and cognitive mechanisms that underlie problematic smartphone dependency and its associated regulatory behaviours. Future research will be required to develop strategies for treatment, intervention, and prevention.

There is also another study that I want to share, regarding nomophobia and phubbing:

This study sought to explore behavioral patterns and impacts of smartphone usage for 589 Bruneians using an online survey. The study revealed high usage patterns with nearly two thirds of the respondents indicating smartphone usage of greater than 6 h per day. These high rates coupled with the fact that over 46% of the respondents indicated that they couldn’t live without their smart- phones poses a real concern that mental disorders such as nomophobia and phubbing may develop or even be already present in the population. This is especially critical for the younger generation which made up the greatest number of smartphone users.

Further, given that this group mainly comprised of students there is a real concern that continual high usage of smartphones may impact their academic performances (San Miguel, 2010).

It is suggested that time management be used as a step in reducing or preventing the occurrence of these unwanted habits. Managing time wisely shows good organisation of daily routines and may reduce the addiction of smartphones.

The study is not without limitations. The first limitation relates to the use of a survey sampling procedure. Whilst the online survey in this study facilitated accomplishment of our task, we acknowledge its limitations in reflecting reported views only which lack external validity. A second limitation could lay in the imbalance of people from different districts that were surveyed.

Finally, it is acknowledged that the results are applicable to the social background of the surveyed respondents only (i.e. Bruneians), and therefore may differ for other peoples and cultures.

I am still hoping I can continue to allow my children to use their smartphones in a safe and efficient way. I take the difficult option, because I want to continue my effort in constructing my understanding on this matter. If I want to share my thoughts on this issue with other concerned parents, it will be based on my reading, and first hand experience dealing with it.

The extreme outdoor conditions here in Oulu has become a significant challenge to new Oululainen like us. Children also face difficulties regarding food, and their daily prayers, when spending time outdoor. Home is where all these issues are solved and therefor they prefer to go home when there is no specific activity organised by the school. Living in a small apartment, with a very few English books to read, it is hard to initiate alternatives.

It causes me a real dilemma.

What if we fail?

Well, as far as my concern, failing is not an option. Success is even not a destination, but a journey. As long as we keep on track with check and balance, I believe it is what we call ‘education’.