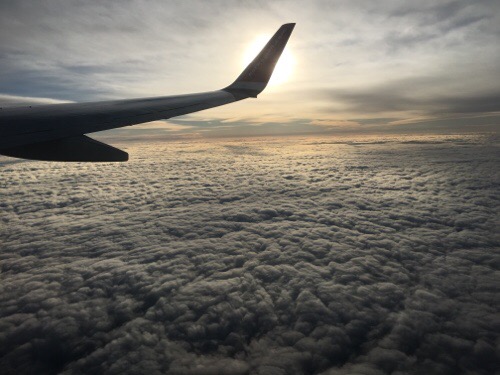 After observing in more than one thousand classrooms, John Goodlad and his team of researchers found that the following patterns characterize most classrooms:

Goodlad concluded that “the emotional tone of the classroom is neither harsh and punitive nor warm and joyful; it might be described most accurately as flat.” [SOURCE: John Goodlad, A Place Called School (New York: McGraw-Hill, 1984/2004)]

In my humble and short experience in teaching, we seldom see the connection between teachers and students as a form of ijab and qabul, a mu’amalah that requires us to ask, on what item did we tie the ijab and qabul between us and the students. Transmission? Or in a full meaning, guiding and helping them to understand? We might take for granted when students are complaining that are our classes are boring. We easily tend to conclude that the boredom is their problem, not ours.

Khalid F. Oadah in his PhD thesis titled The Madrasah System in Mediaeval Time, (PhD: Cardiff University), 1998 said, “Ibn ‘Abbas developed in his advanced teaching classes the notion of free time given to students to do whatever they wanted between each lecture.” He also quoted that another Companion to continue the Prophet’s work in education was ‘Abdullāh ibn ‘Abbās ; he copied the Prophet’s idea of a suitable amount of time for study about which he said, “Teach only for as long as the students look at you with their eyes fully open, but once students start to turn their eyes away from you their attention has strayed”

It is an important aspect, if we do not want to label it as definitely a sunnah, to have a cheerful and enjoyable classrooms. Islamic education is not boring, the classrooms are not gloomy and full of fear. It is where students play with their imagination, feeling safe to express their opinions, and feeling loved by the teachers.

On top of what Sheikh Ramzi Ajem mentioned in his lecture, I remember one narration in Sahih al-Bukhari and Muslim, when Abdullah ibn Umar quotes the Prophet (peace be upon him) as saying when he was with a group of his companions: “There is an evergreen tree which is comparable to a Muslim. Can you tell me which tree is that? Those present began to mention different types of tree that grow in different places. I knew that it was the date tree, but I felt too shy to say that. The Prophet’s companions then asked him to tell them which tree was that, and he said that it was the date tree.”

Apparently Abdullah ibn Umar told his father after they left the Prophet that he had guessed rightly. He also told him that he felt too shy to speak out when he saw his father and other leading companions of the Prophet, including Abu Bakr, giving wrong answers. Umar said: “Had you spoken out, I would have been exceedingly delighted.” This is undoubtedly a father’s feeling. Umar would have felt very proud of his son, had he mentioned the right answer in front of such a highly respected group.

We note how the Prophet uses the occasion to teach his companions, and every Muslim in subsequent generations. The fact that he was eating of the date tree presented the sort of analogy he used. He sets the question to arouse his audience’s interest. It is not, however, an idle puzzle given to pass time or to test the intelligence of the audience.

I think this is one of the most challenging parts in conducting my classroom effectively. We know how all these kids were so curious during their toddler age, but then everything disappeared. I blame the parenting. This time, I want to make it bold and clear, that in general we lost the momentum to evoke awe and wander in our children’s heart and mind. We shut them up due to us being tired coming back from work. We had no time to answer their questions, and we disrespect our children, as if they do not deserve to be treated as full human, whom their questions should receive appropriate answers, or at least, a compliment from parents, with a promise to answer the questions at some other time when the situation is more permissive.

In order to bring back to excitement, we need to create a safe, respectful and functioning classroom, regain the students trust to engage in active communication, and then, teachers must be the most enthusiastic learner among the learners. Teachers must read a lot, have a wide range of genre in reading, finding new informations, being creative in presenting the content and smart to tackle the students’ attention. From time to time, tell stories, share your experience with them.

I remember once, I told my students once when I was praying Zuhur alone in a mosque in Turkey, a man came and joined me. It was around 3pm, I was travelling from one place to a destination. I shortened the prayer (qasr) because I was travelling. The Turkish guy was definitely pray the normal prayer. After two rak’ah, I have salam. The guy was shocked and he stopped his prayer, while he could just stood up and completed another two rak’ah. With my very limited Turkish language, I tried to understand what the guy asked me.

He: What prayer did you perform just now?
Me: Zuhur prayer.
He: Why 2 rak’ah?
Me: Because I am travelling.
He: Yes, just because you’re travelling, why did you pray only two rak’ah?
Me: Hmm… because I am Shafi’e (in mazhab).

The guy stood up and said, “oh I am sorry. I thought you’re Muslim. I didn’t know that you’re Syafi’e!” He then repeated his prayer, left me in confusion! Maybe he didn’t even know what Shafi’e is. He just concluded that this foreign man is Shafi’e, not Muslim (Hanafi) like me.

When I told this story to the students, they were all laughed, and I said what we learn from books does not necessarily appear as it is in real life. Having this kind of session, makes the Fiqh session more meaningful, because it relates the text with context, Text from Allah, and context is what the makhluq living in. 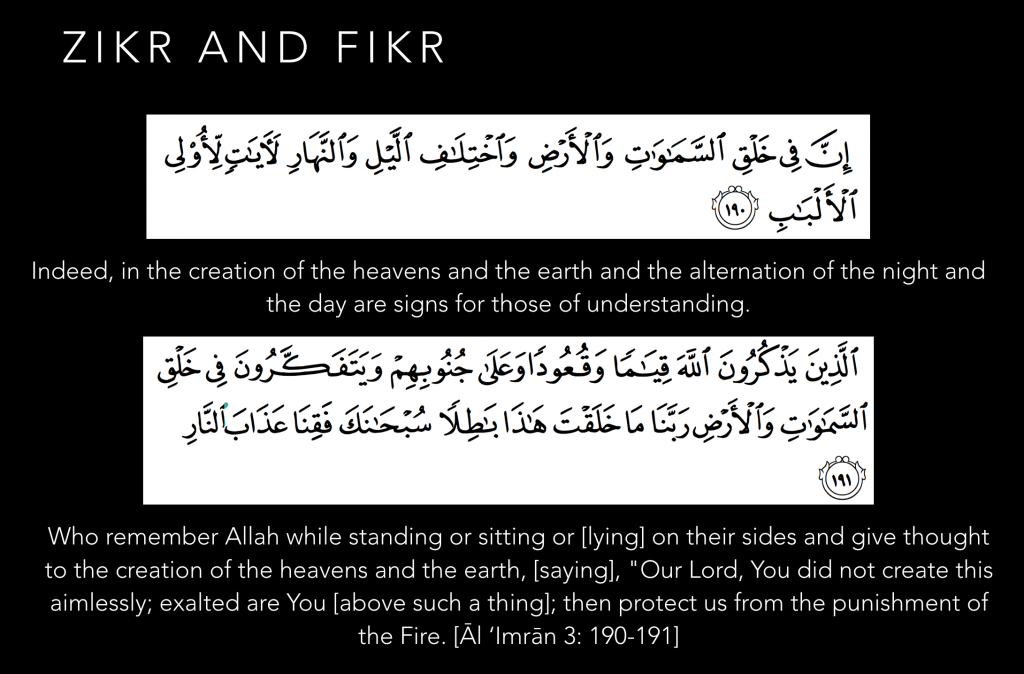 There are only two perspectives.

One is Khaliq and the rest are Makhluq.

An Ulul Albab is someone who successfully makes the synchronisation between both perspectives utilising both the faculty of reason (fikr) and spiritual (zikr). The combination of both creates the emotion for Ulul Albab to express “Rabbanā mā khalaqta hādzā bāthilā, Subhānak!…” The genuine intrinsic force that motivates.

Whatever we teach and whatever they learn, we need to connect both Khaliq and Makhluq to fulfil the meaning of Ulul Albab, and to evoke awe and wonder. We do not have to wait to teach Biology, Physics or Astronomy to bring awe and wonder.

Teachers, go travel, read books, have a colourful life, and you will become the most interesting person in your students’ life.

We do not have to wait to teach Biology, Physics or Astronomy to bring awe and wander. Teachers, go travel, read books, have a colourful life, and you will become the most interesting person in your students’ life.